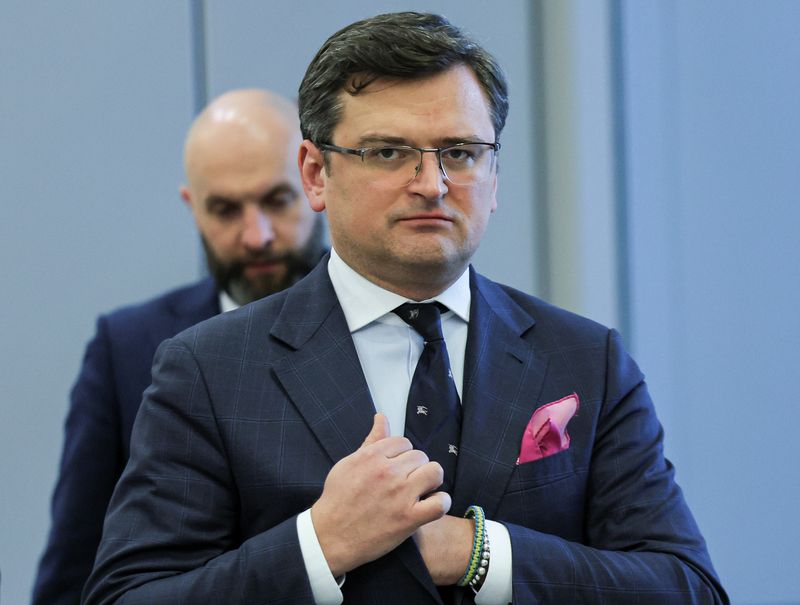 KYIV (Reuters) – Ukrainian Foreign Minister Dmytro Kuleba said on Sunday he had met U.S. Secretary of State Antony Blinken in Berlin and that “more weapons and other aid is on the way to Ukraine”.

“We agreed to work closely together to ensure that Ukrainian food exports reach consumers in Africa and Asia. Grateful to Secretary Blinken and the U.S. for their leadership and unwavering support,” Kuleba tweeted.

Kuleba was due to brief NATO foreign ministers meeting in Berlin on Sunday on the situation on the ground in Ukraine and on how the alliance can further help the country as it battles invading Russian forces for a 12th week.