She was poised to take over from one of the world’s best-known lawyers, veteran litigator David Boies. But Natasha Harrison was not too much in awe of her mentor to strike out alone.

Despite being named heir apparent at Boies’ powerhouse New York law firm Boies Schiller Flexner less than a year before, the Surrey-born litigator quit in November. Her mission: to set up a rival outfit in London, creating a modern law firm from scratch.

Harrison, 49, had been promoted to deputy chair of Boies Schiller in December 2020 by Boies, widely seen as one of the best trial lawyers of his generation. Boies, now 81, helped strike down the legal prohibition on gay marriage in California, as well as representing the justice department in its antitrust victory over Bill Gates and Microsoft in 2001.

When the pandemic hit, Harrison helped lead Boies Schiller as its co-managing partner during a difficult period of transition. But last year she quit in a shock exit to launch a rival litigation firm, taking a group of Boies Schiller’s London staff with her. Pallas Partners opened its doors in February.

Her exit came at a difficult time for Boies Schiller. The firm has been dogged with controversy over David Boies’ seat on the board of blood-testing start-up Theranos, whose chief executive Elizabeth Holmes was convicted of fraud, and his past work for Harvey Weinstein. It has also been undergoing a tricky restructure focused on urgent succession planning. More than 80 lawyers have left Boies Schiller since 2020, including Harrison and 26 staff in London who chose to go with her.

Despite that, she says Boies was supportive of her move. “David is a highly intelligent — intellectually and emotionally intelligent — man, and when I mapped out what I wanted to do, he understood it,” she explains. “He did the same thing when he left Cravath [Swaine & Moore, to found his own firm]. David is also someone who likes to challenge the status quo,” she adds.

Harrison says her aim is to disrupt the stuffy and “clubby” culture that pervades the British legal industry, by carving out a more inclusive culture and moving away from the billable hour in favour of models from the worlds of hedge funds and finance.

“The law firm model hasn’t changed for a few hundred years and as someone who comes from a non-traditional background, I’m much more inclined to challenge things,” she says.

Harrison, who grew up in Surrey in a Greek-Irish family of four girls, has named her law firm Pallas after Pallas Athena, the Greek goddess of wisdom and warfare. The name is a nod to Harrison’s Greek-Cypriot heritage on her father’s side, and the fact she goes to battle on behalf of clients.

Those battles have previously included representing investors following Iceland’s banking collapse in the financial crisis — a case that put her on the map. Current cases include bringing a class-action lawsuit against Credit Suisse on behalf of investors in the Swiss bank’s Greensill-linked supply chain finance funds, and representing bondholders suing the bank over Mozambique’s $2bn tuna bonds scandal.

Pallas will take on big-ticket financial disputes and investigations including securities litigation in the UK and Europe, and the firm will invest in some of its own cases, as an alternative to billing by the hour.

Corporate clients have long complained about being billed by the hour, an opaque way of charging that can lead to eye-watering and unpredictable fees at the end of a trial or deal. The billable hour is also blamed for high rates of burnout among lawyers, who are tasked with hitting arduous targets each year in order to justify their pay and bonuses.

Smaller litigation-focused firms like Pallas can be more nimble when it comes to charging models and taking financial risks, and the majority of Pallas clients are not paying by the hour. Some instead pay a percentage of the value of their case or deal. In other instances the firm charges discounted hourly rates in exchange for the full amount back plus extra if they are successful.

Harrison is drawing from her own experience with hedge fund clients by installing an investment committee, which will “stress test” the financial risk Pallas is taking at any one time.

“[The billable hour] incentivises the wrong behaviours,” Harrison says. “A litigator is motivated to have litigation last as long as possible, but most clients do not want [that] . . . And it creates a mindset where you’re constantly placing value on every minute of your time. I’m surprised I haven’t put charging codes on the children’s supper sometimes!” 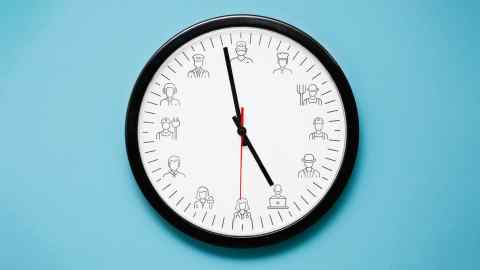 Harrison says that coming up with a new law firm from scratch was an opportunity to create a firm that would make lawyers from all backgrounds feel included, in contrast to the start of her own career.

She says: “[Law is] still clubby . . . It’s men in their members’ clubs hanging out together . . . just reinforcing one another.”

Harrison was the first in her family to go to university. When she was called to the bar in 1996, women were not allowed to wear trousers, an experience that shaped her desire to change the system.

“I felt completely like an outsider, going into law,” she says. “I didn’t come from a professional academic family. I didn’t know any lawyers at all, apart from a bit of work experience. And when I started at the bar, it was white, male and Oxbridge-dominated. I worked so hard, because I thought I had to do a million times better than anyone else to be taken seriously.”

Harrison is hoping to foster a more diverse and inclusive culture through policies including blind recruiting — she is using technology that will blank out applicants’ schools — and mentoring. And she does not want any member of staff to have to miss a sports day or parents’ evening. “When you’re working at home, absolutely collect your children from school . . . the beauty of hybrid work is you can flex things a lot more,” she says.

Harrison is also considering shaking up the way her lawyers are paid. Pallas associates are paid in accordance with the “Cravath scale” — a benchmark set by one of America’s oldest law firms that means an eighth-year associate takes home half a million dollars in salary and annual bonus.

Those sums follow sharply rising pay at top US law firms amid a fierce war for talent. Harrison says she is interested to find out if associates have other ideas about how they would like to be paid — for example setting specific bonus targets in advance rather than applying a uniform hours target. She will be undertaking a review in consultation with her lawyers.

Harrison has already reduced one associate’s hourly targets to enable her to take on a large chunk of pro bono work. The firm is dedicating 5 per cent of its resources to pro bono work each year until 2025 — something she says is an often missed element of the war for talent.

“[We hear this a lot at the moment] about how associates are terribly unhappy . . . [But] most of them love the law and want to do good work and get good experience, but they want more than that. And I think tackling the issues of their generation is one of those things. And that gives them some power back.”

Harrison says that in some ways she is part of the “Great Resignation”, in which workers re-evaluated their lives during Covid. She says: “Covid really forced me to reassess my life . . . But if I look back, I think it was inevitable that I’d end up here.”

Who is your leadership hero?

I could list several inspiring individuals, but Melinda Gates particularly stands out. Her collaborative style of leadership and work to support those from diverse backgrounds is truly inspiring. I am currently reading and enjoying her book “The Moment of Lift: How Empowering Women Changes the World”.

What was the first leadership lesson you learnt?

The importance of a diverse team and not hiring in your mirror. I made that mistake at the beginning of my career and we ended up with a team purely of feisty young women — not particularly inclusive! That taught me early on how important diversity is and the value of different viewpoints.

What would you do if you were not a chief executive?

I like to think I’d be a geopolitical analyst: I love that fusion between politics, history and international relations.