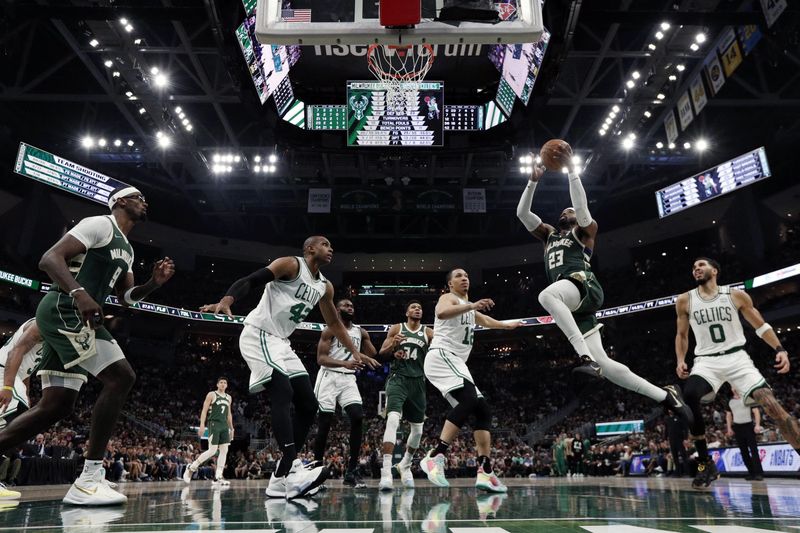 © Reuters. FILE PHOTO: May 13, 2022; Milwaukee, Wisconsin, USA; Milwaukee Bucks guard Wesley Matthews (23) drives for the basket during the third quarter against the Boston Celtics during game six of the second round for the 2022 NBA playoffs at Fiserv Forum. Manda

(Reuters) – The reigning NBA champion Milwaukee Bucks said on Saturday they have cancelled plans to have a watch party for their series-deciding game against the Boston Celtics after three separate shootings in the city’s downtown left 21 people injured.

The shootings occurred on Friday near a Milwaukee entertainment district where thousands of fans had been watching as the Bucks lost Game Six of the Eastern Conference semi-finals.

The Bucks said the decision to cancel the watch party for Game Seven, which will be played in Boston on Sunday afternoon, was made so law enforcement can devote the necessary resources to the investigation of the shootings.

“The shootings that happened in downtown Milwaukee last night were horrific and we condemn this devastating violence,” the Bucks said in a statement.

“We are grateful to local law enforcement for its valiant efforts to try to contain what was a dangerous and fluid situation.”

The Bucks said all business in the so-called Deer District that surrounds their home arena will remain open as usual.