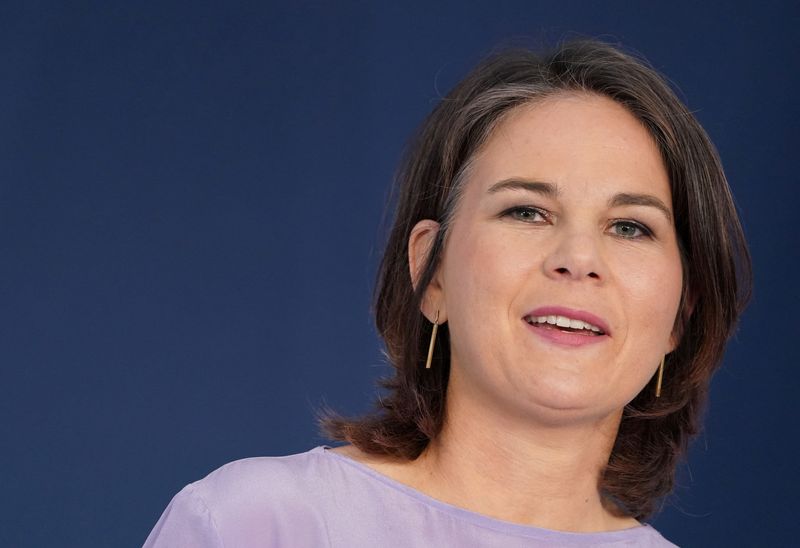 BERLIN (Reuters) – Germany has taken all preparations for a quick ratification process should Finland and Sweden decide to apply for NATO membership, Foreign Minister Annalena Baerbock said on Sunday, while underlining both countries’ need for security guarantees.

“Germany has prepared everything to do a quick ratification process,” she told reporters on a second day of talks with her NATO counterparts in Berlin, adding that ministers had agreed at a dinner on Saturday that there should not be grey zone between the time they apply and the time they join.

“If they decide to join they can join quickly…We must make sure that we will give them security guarantees, there must not be a transition period, a grey zone, where their status is unclear,” she said.

She was referring to the ratification period that can take as long as a year, during which the Nordic countries will not yet be protected by NATO’s article 5 which guarantees that an attack on one ally is an attack on all.